Our Mission is to be “The Valley’s Home-Owned Bank”
*    with high quality service and competitive pricing for our customers,
*    fairly treat and provide a good quality of life for our employees,
*    and to continue with a consistent level of profitability for our stockholders.

^  The original building in 1979 was a modular unit parked on the side of where the headquarters is located now.

Early in March, 1978, eight real estate brokers discussed a common concern, financing, at their weekly exchange breakfast meeting.     The consensus was that the local banks and mortgage companies were not meeting the needs of the public.     Processing of loans was taking too long; since “chain” banks had to send everything out of town for approval, weeks were wasted, resulting in many lost real estate transactions.      Local depositors were unable to obtain second mortgages or short-term loans.  With $151 million on deposit, $68 million was being sent to chain bank home offices in Boise, Salt Lake, and Pocatello.

It was obvious that competition was urgently needed.     Chuck Cassell suggested that a home-owned mortgage company be started and it was decided to look into requirements.      The original group of eight were Bruce Faling, Barbara Hume, Bruce McRae, Mary Jane Gruber, Chuck Cassell, Weldon Hatley, Rich Law, and Don West. Joining later were Hollis Reed, a builder, Dr. Everett Cassell, a dentist, and Rita  Pope, a realtor.     Each contributed $250 to be spent on a feasibility study, by a local accounting firm, and legal advice.     Due to a lack of comparative material, the feasibility study was inconclusive and rather discouraging.

Next, a mortgage broker in Spokane was contacted who gave assurance he could provide assistance in establishing a mortgage company.     In order to generate interest, about 50 leaders in the business community and service organizations were extended invitations to hear the mortgage broker from Spokane.     Many of the 30 citizens attending the breakfast meeting were enthusiastic, volunteering assistance to further the cause, including financial contributions.     However, there were no real conclusive results of this meeting.

Chuck Cassell then approached his banker friend, who suggested CFI Management Services, Inc. of Portland, Oregon, be contacted for advice.     Mr. Herb Wagner, President of that organization, accompanied by a mortgage banker, flew to Lewiston for a breakfast meeting with the original group of eight.     After studying the area, and visiting local banking institutions, Mr. Wagner concluded what was needed was an independent bank, not a mortgage company, and enthusiastically stated, “The area is ripe for a new bank!”      Under his direction, Barbara Hume gathered information from local, county, and state offices, while Herb checked deposits in the area.

Next, the group selected from the previously mentioned community leaders a list of prospective board members, who were contacted.     Bob Newell joined the group later, and two of those suggested could not serve due to other commitments. Chuck Cassell served as Acting Chairman during the early stages of organization.

The directors of the proposed bank were appointed at a meeting on August 30, with 22 interested persons attending.     It was at this meeting that Chuck Cassell (Acting Chairman) asked Herb McKean to become Chairman of the Board, and he accepted.

After this meeting, under Herb Wagner’s capable guidance, Twin River National Bank was well on its way to establishment.

Meetings in Boise with Mr. McEldowney, Idaho State Director of Finance, and the Federal Comptroller in Portland, were attended by the above directors and secretary.     It was learned at those meetings that another group in Lewiston was attempting to start a state bank.     The decision was made to try for a national charter if a state charter for the bank proved impossible.

Our final bank location was selected at the corner of Del Sol Lane and G Street, where there was space and where good traffic flow was present in the business area of Lewiston.

Since the first meeting of the directors, a major consideration had been whether to seek a state or national bank charter.     Interviews were held with the Idaho Director of the Finance Department and with the Comptroller of Currency for National Banks in Portland, Oregon. After lengthy Board discussions, interviews with other banks and evaluation of local conditions, it was decided to apply for a national charter.  Basic reasons for seeking the national bank status were:

It is interesting to note the choice of the name for the bank was handled by  Jack Woods,  Chairman  of  the  Naming Committee, whose daughter,  Connie,  assisted  by suggesting a list of prospective- names, among them, “Twin River National Bank”.

Stock offerings were made on July 3, 1979; all shares were subscribed for within two weeks. Twin River National Bank was chartered on November 14, 1979, and the bank was opened in temporary facilities.

Twin River National Bank opened on November 15, 1979 in a modular building on the bank property with ten employees.

The Directors then made arrangements for the present building to be constructed,  with Robert Broyles as architect, and Kevin Erickson the contractor.  Open  house celebrations  were  set  for November 5, 1980, and continued through  the  next  several weeks.     During the construction of the present bank building, the members of the Board of Directors  and the Executive Officer all contributed their time, talents,  and  energy above  and beyond normal expectations. Gordon Cranny was most helpful with his  on-the-spot decision making during construction; Herb McKean’s engineering expertise and constant attention saved both time and money; Don West located the construction site after an exhaustive search.

HISTORY UPDATE:   The bank has since opened branches in Clarkston, WA; Asotin, WA and Lewiston Orchards, ID.   In 2017 the bank converted it’s national charter to an Idaho state charter.   The bank is owned by Twin River Financial Corp. holding company which is a Subchapter S Corp in the State of Idaho. 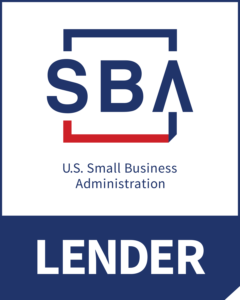 Our mission is to be “The Valley’s Home-Owned Bank”
* with high quality service and competitive pricing for our customers,
* fairly treat and provide a good quality of life for our employees,
* and to continue with a consistent level of profitability for our stockholders.